In 2020, the BWPA awarded eleven scholarships to female pilots. They are now six months into their scholarship year; here is an update of how some of them are getting on.

Alison Field was awarded one of the BWPA Easy PPL Ground School scholarships. Since gaining the scholarship she has worked through the material for quite a few subjects and has just passed her first PPL theory exam in Air Law. Well done Alison!

Alison also runs the BWPA Scottish regional group, so the local members will be keeping their fingers crossed for her success in the rest of the exams. 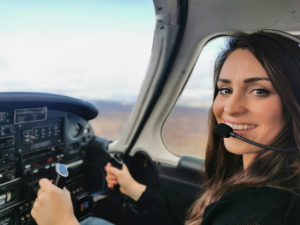 Hannah Nobbs won one of the BWPA Flying High scholarships, which she will be using towards her helicopter Multi-Engine Instrument Rating. Hannah needed to complete 70 hours as Pilot In Command as a pre-requisite for the course, so was working towards this goal over the summer.

She set herself challenges during the hour-building, such as becoming familiar enough with the heli lanes to take her dad for a flight over London, and also landing in a couple of gardens! Hannah now has all the entry requirements for the ME IR course, which she will be commencing in March 2021. 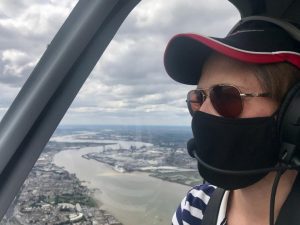 Laura Fice was awarded one of the BWPA Bristol Groundschool scholarships. She has been working towards submitting her application for chartership in engineering status, prior to committing to the ground school course, and therefore intends to start during October.

Laura has been hour-building over the summer, including flying around the highlands and lochs of Scotland, which she says was an unbelievable experience with beautiful views. 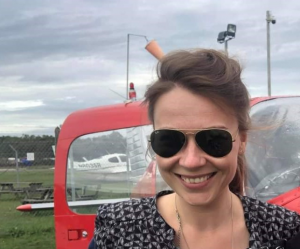 Daisy Bing won one of the BWPA Flying Start scholarships, which she wanted to put towards the completion of her Private Pilot’s Licence (PPL). She had been working towards her licence since she was 16 but the scholarship gave Daisy a massive boost both financially and in terms of her overall confidence; she says: “It showed me that someone else knew I could do it!”

Daisy flew frequently over the summer and managed to achieve her PPL, which she is “absolutely buzzing” about. Well done Daisy! 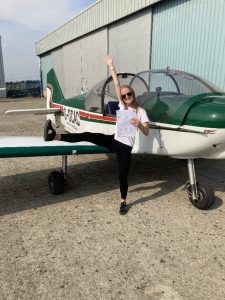 Steph Smith was awarded one of the BWPA Easy PPL ground school scholarships. After winning the scholarship, Steph started to read some of the Easy PPL modules online so she would be ready to start sitting exams as soon as possible. She is already an experienced glider pilot but on 13 July her PPL training began, so she started studying properly. Steph passed her first exam (Air Law) in August and has since passed five further exams in Operational Procedures, Principles of Flight, Communications, Aircraft General Knowledge and Human Performance. Well done Steph, great job!

Steph says the Easy PPL scholarship has been a great help as she can log in to study anytime, anywhere, on any device, without the need to carry a book around. She says the progress tests and mock exams are also a great help, with the option to see explanations or ask an instructor if you have an incorrect answer but do not understand why.

The next exam Steph is taking is Meteorology and she hopes to complete the remaining exams by the end of 2020, to then focus purely on the flying side and building hours. She is currently 15 hours into her PPL training and completed her first powered aircraft solo on the 5 October at Turweston, which she says was “totally unexpected but thoroughly enjoyable!”

Steph also runs the new Midlands regional group, which got off to a great start recently, and also looks after the BWPA Twitter account. 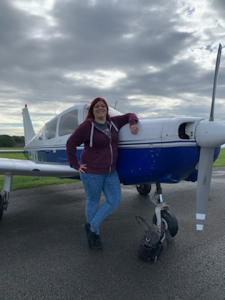 Lucy Wootton won one of the BWPA Flying High scholarships and wanted to use this to convert her Light Aircraft Pilot’s Licence (LAPL) into a PPL.

Lucy spent two days at Wellesbourne Mountford in August, where she used her BWPA scholarship for three hours of training towards converting her LAPL to a full PPL. In those three hours, she covered the radio navigation and instrument flying necessary for the conversion, which she says was a lot of fun! Lucy now needs just seven more hours for the full conversion, which she hopes to achieve before winter. 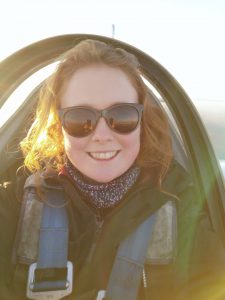