New Zealand pilot Jean Batten is one of the great names in aviation history. She obtained her pilot’s licence at the London Aeroplane Club in 1930 and later flew record-breaking solo flights across the world, in the most basic of aeroplanes.

On this day in 1982 Jean Batten died, aged 73 years. It was a sad day for the world of aviation as, whether male or female, this pilot died alone and unnoticed at the time. 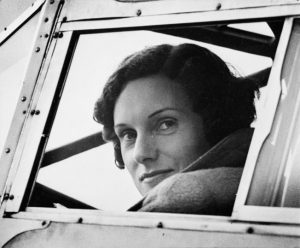 The late Daphne Poynter, one of the very early members of the BWPA, used to save newspaper clippings of aviation stories and keep them alongside books held in the BWPA archive. This newspaper clip, dated March 1986, was kept with the book entitled ‘Jean Batten – Garbo of the Skies’ by Ian Mackersey, written in 1980. 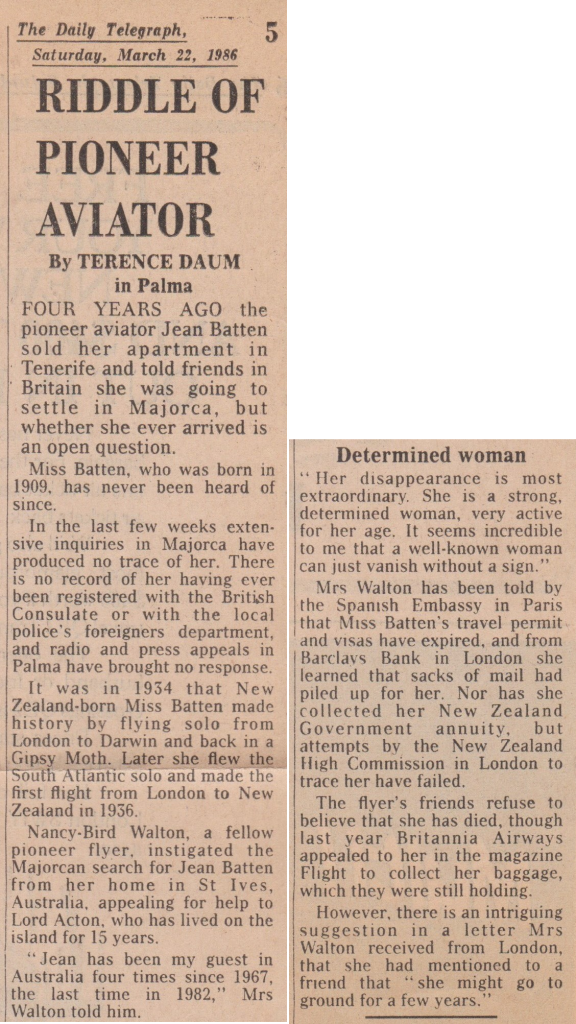 The newspaper article talks about the mystery of Jean Batten’s apparent disappearance, when she had seemingly not arrived in Majorca, from Tenerife. She had been looking after her mother, based in the Mediterranean, until her mother’s death in 1965. As Jean had a tendency to drop out of the limelight, it was perhaps unsurprising that people believed she had not arrived – but in fact she had.

The newspaper article was four years and eight months after Jean Batten had died, although this fact was not known at the time it was published. Soon after Jean’s arrival in Palma, a simple dog bite resulted in her death. She was buried two months later in a communal grave under the name ‘Gardner’, as she was Jean Gardner Batten, which is where she remains.