At last weekend’s AGM, the BWPA members welcomed a new chair – Sharon Nicholson. Sharon joined the BWPA in 1993 (shortly after she began her career as a flight instructor) and the committee in December 2014. Her support for the Association has included providing careers advice and acting as the UK’s representative to the Federation of European Women Pilots. 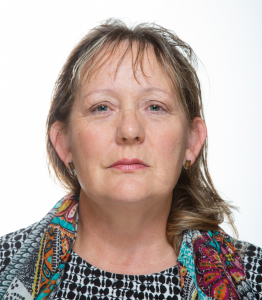 “I joined the BWPA over 20 years ago and have enjoyed being a supportive member of the committee for the last 6 years. I am honoured to take over the role of chairwoman and continue the good work of our outgoing chairwoman Julie Westhorp,” says Sharon. “I am grateful for the continued support of our sponsors and will encourage greater participation from our members in promoting the growth and well-being of our community.”

“In over 40 years in the aviation industry, I have seen an increase in the number of women pilots, largely based on the increase of the industry itself. The impression is that there is growth, the truth is that there has been no more than one percent increase of women pilots during that period and there remains one of the highest gender pay gaps overall with women being paid 35.7 percent less than men*. I hope that, through the generosity of our members and supportive network of the BWPA, we will be one of the forerunners in promotion of women as pilots and closing that gap.”

There were further changes to the BWPA committee, with Catherine Holloway joining, Marion Wooldridge stepping down, and Helen Hennessy and Annabel Cook offering to continue to work off-committee.

“We always welcome people to join committee meetings,” adds Sharon. “Members can sit in as visitors to learn more about what we do, and we do need people to join the team – particularly those with experience of graphic design.”

The next committee meeting is planned to take place on 25 January at White Waltham Airfield.

*National Office of Statistics 2019
Note: The gender pay gap is calculated as the difference between average hourly earnings (excluding overtime) of men and women as a proportion of average hourly earnings (excluding overtime) of men’s earnings. It is a measure across all jobs in the UK, not of the difference in pay between men and women for doing the same job.