Ever thought of trying aerobatics? If not, you certainly should! From an aviation safety perspective some basic aerobatic training is a must for any pilot, for improved general handling ability and confidence in recovering from unusual attitudes. But it doesn’t have to stop there – beyond the basics there is a vast discipline to explore, from loops and rolls on Sunday afternoon to the challenge of competitions. Aerobatics is by far the most exciting and rewarding way to fly, offering the constant opportunity to learn and improve, and the best value for money that aviation can provide. You won’t have nearly as much fun in a PA-28 for the cost of one aerobatic flight!

Younger pilots are currently under-represented in aerobatics, but British Aerobatics has developed an initiative that aims to build on the success of the ‘junior’ movement in gliding, and secure the future of powered aerobatics by encouraging younger participation into the sport: the Get Into Aeros event. 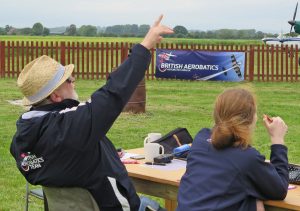 Over the course of this two-day event, which is subsidised by British Aerobatics Association funds, 20 aspiring aerobatic pilots aged 18 to 30 will have the chance to learn and fly a simple sequence of figures, attend sessions focused on showing them how to make it as affordable as possible, and take on plenty of practical advice from experienced aerobatic pilots on how to get started . They will also hear from participants from previous years who have gone on to compete successfully in National Championships.

In fact, this year’s event will be run almost entirely by former participants, hoping to prove by example that it is absolutely achievable. Above all, we hope to show pilots that aerobatics can be much more accessible than they might have thought, and inspire them to realise their ambition and get involved.