It is International Flight Attendant Day – a perfect opportunity to increase awareness about the role and to highlight why it is essential for cabin crew and pilots to work effectively together.

Have you ever wondered what flight attendants do on a daily basis?

It is a lot more than serving ‘chicken or beef’ and not always as glamourous as you may think. Starting with five to six weeks of intense training, new starters are put through their paces by learning about firefighting procedures, medical emergencies, aircraft security, evacuations, door drills, food safety and customer service. They must pass several tests on these subjects before they receive their ‘wings’ – the qualification needed to become a flight attendant. On a day-to-day basis, crew members will deal with a variety of situations onboard, with safety at the forefront. From dealing with a disruptive passenger to treating a customer for a suspected heart attack, it is all in a day’s work for flight attendants.

Why is a good rapport between flight attendants and pilots so important?

Flight attendants act as eyes and ears for the flight deck, and are the important link between the cabin and the cockpit. If there was a fire in the cabin, for example, the crew would need to instruct the pilots about the location, severity and other relevant information whilst trying to tackle the fire itself. This would be when the pilots would have to decide whether to divert the flight. The need for strong communication between both parties could save lives, hence making it the most important aspect of the role.

It is great to see so many aspiring pilots who are currently flight attendants and some who have already earnt their pilot wings. Ex-flight attendant, BWPA member Claudia Cucker Martorell, who is now a commercial pilot, answered a couple of questions about the challenges she has faced so far. 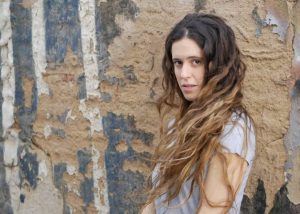 What obstacles might flight attendants face when they work towards their pilot’s licence?

“For many, the largest obstacle to overcome when working towards their pilot’s licence is the sheer cost of training. There are two main options available to anyone wanting to gain their commercial pilot license; the modular approach to the course is much cheaper but can generally take a bit longer to achieve, whereas the integrated approach is more costly but may help you get a job. Ultimately the decisions about where you train and how much you invest must be well thought out, and require a solid list of pros and cons.

“The next hurdle is the amount of study that one must undertake in order to pass the 14 Airline Transport Pilot Licence exams. Paying the flight training schools will not guarantee anyone a pass; there is a lot of hard work involved in passing those exams and it will take dedication to complete them.

“Next is the time that it takes to study, complete flight training, and possibly continue working at the same time. All that being said, with the right amount of passion, anything can be achieved and there are many transferrable skills that can be carried forward to the flight deck from your time as a flight attendant.”

What skills are transferrable between the roles?

“First and foremost is excellent CRM (Crew Resource Management), which is essentially promoting strong communication between the cabin and flight deck. Without fail, the flight attendants that I have worked with during my career have had excellent teamwork and communication skills. It might have something to do with working with new people every day and learning to integrate yourself seamlessly into a small team confined to a small space. These skills will serve you very well when you are part of an even smaller team of two in the flight deck, where in times of stress it is important to be able to communicate effectively and mentally share  what is going on in the cabin.

“Another skill I learned as cabin crew which I have carried forward is a strong adherence to Standard Operating Procedures (SOPs), rules and regulations. Flight attendants are excellent at following instructions and procedure, and this is a key skill that ensures everyone in the flight deck is on the same page and can operate well as a team, despite having just met.

“There are many other skills that flight attendants can carry forward to the flight deck, but the last one I wish to point out is the ability to remain calm under pressure. Flight attendants are used to dealing with highly-charged situations, from angry and agitated passengers to medical emergencies, to technical failures and anything else that can go wrong in an aircraft cabin. These skills are extremely important in the flight deck, where you can be sipping a cup of tea one minute and dealing with an engine failure the next.

“A clear head, open communication and a strong adherence to SOPS are the key ingredients to a safe outcome from any situation that arises in the flight deck, and they are all skills that I learned throughout my time in the cabin.”