A founder member of the BWPA | By Daphne Poynter

A proud mother, grandmother and great grandmother, Dorothy Joan Heaps was born on the Wirral peninsula in September 1927 and lived there almost all of her life. After Matriculating at Park High School she left in 1945 and joined Lever Brothers at Port Sunlight as a laboratory assistant. Whilst at school she joined the Women’s Junior Air Corps (WJAC) which later became

the Girl’s Venture Corps (GVC). Through the WJAC she won a scholarship to learn to fly with Wright Brothers in nearby Hooton Park, qualifying in September 1948 in an Auster. In those days the licence was issued as a Royal Aero Club Aviators’ Certificate and was number 24953. Whilst attending a WJAC training camp in the south of England she met George Cheesley, an RAF Sergeant Pilot, who later became her husband in 1952. He tragically died in an accident when flying a Varsity in March 1954. At that time Dorothy was pregnant with her daughter, now Pam Hollinshead.

Realising that she would need a larger income to support herself and her child she embarked on further education, gaining a BSc in Physics as an external student of London University. She taught Physics and in time became, in succession, headmistress of two grammar schools. Retiring in 1985 she looked after her mother and helped with Pam’s two children Zoe and Timothy. She enjoyed journeys too and fro the Caribbean in ‘banana’ ships and other trips. Dorothy had many craft skills including calligraphy and both making and teaching bobbin lace. 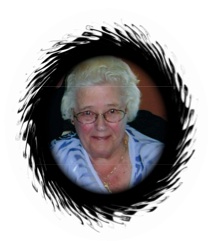 For three years she was a member of 19 Squadron RAFVR flying Chipmunks. Dorothy joined the BWPA on its formation in 1955. In the GVC she rose to become the Regional Commandant for the area. She attended BWPA events, the last one being the 50th Anniversary of the BWPA held at Blenheim Palace in 2005 attended by Pam and Zoe, at that time also a BWPA member.
Latterly she needed the help of a care home and then a nursing home where she died suddenly and unexpectedly on 2 January this year.
Her funeral was a joyous celebration of her life attended by a large number of her family and friends. The service had a strong emphasis on aviation in music and words. Both BWPA Chairman Caroline Gough-Cooper and the GVC Corps Director Brenda Layne attended the funeral.
Thus the BWPA has lost one of the very few founder members.