Fiona and Angus Macaskill, both BWPA members, have just become world record holders. This week, Guinness have formally confirmed that on 7 July 2020, they landed at 71 airfields in 12 hours. 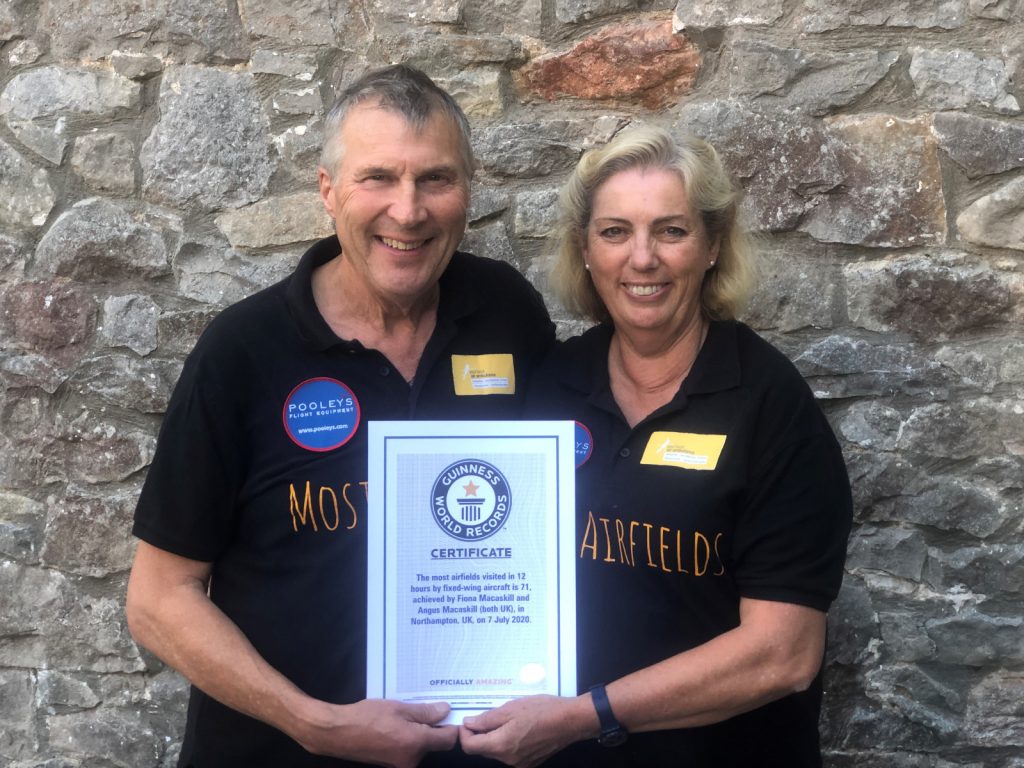 Both already hold World Air Sports Federation (Fédération Aéronautique Internationale, FAI) records and enjoy pushing themselves to see what they can achieve. But the idea of challenging themselves to become Guinness World Record holders was inspired by a humble tea towel.

While on a family break in the Norfolk Broads, Fiona and Angus visited a vintage-style café. Alongside the coffee and cakes, tea towels were on display, featuring a map of local wartime airfields.

“We noticed that the many airfields were very close together,” recalls Fiona. “We realised it would be easy to fly to airfield after airfield very quickly.”

The idea soon took shape and, after a conversation with Guinness, plans for a world record in support of the Air Ambulance Service were drawn up.

Taking off from Sywell on the July morning, it was to be an intense day of flying like no other. With some airfields only two miles apart, there was little time to think. Taking off from one, they would almost immediately line up to land at the next. The pressure was relentless. Airfields seven or eight miles apart came as a relief.

The Guinness World Record rules required a full stop landing. Mostly, they landed, backtracked and took off again, but some runways were long enough to allow a full stop and take off without turning around. For many airfields, they managed this in a slick 4.5 minutes.

Equally fast was their planned 12-minute fuel stop. Their first stop at Duxford, however, took a little longer. The airfield had intended to have their bowser lined up and ready, but fate intervened and the bowser’s engine refused to start.

Luck was on their side for most of the rest of the day though and, after 11 hours, they landed safely back at Sywell, confident that a record had been set. 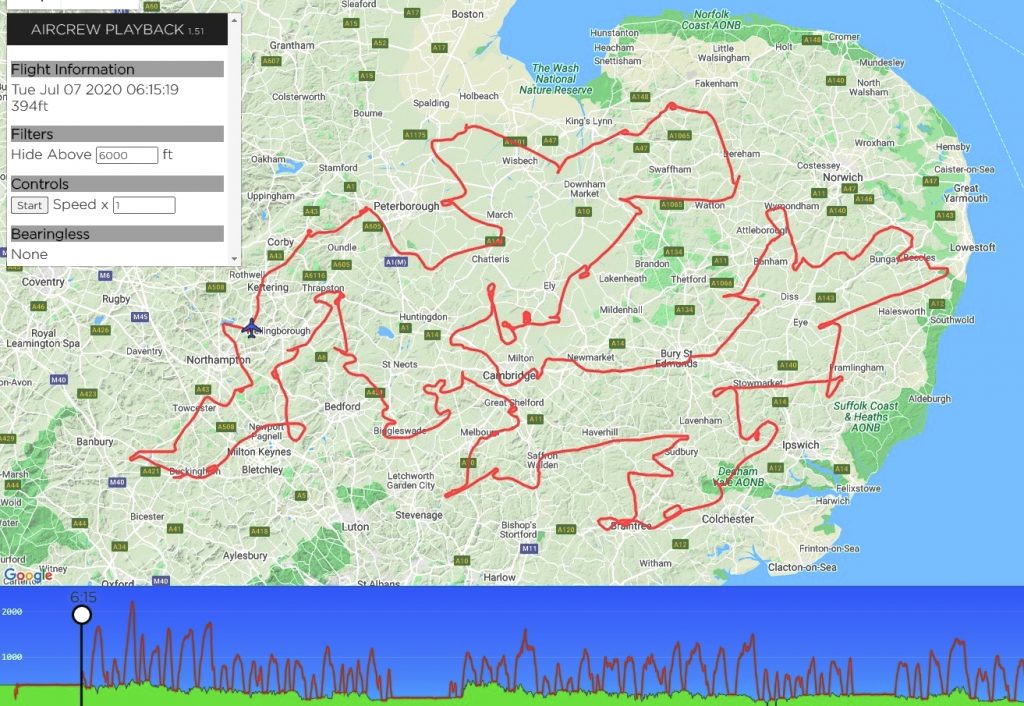 This kind of flying takes a considerable amount of planning. The idea was percolating for two years but planning in earnest only started in April. This gave them just a few months until the summer solstice would allow the maximum number of daylight hours to achieve their mission.

Fiona contacted 130 airfields by phone to request permission to land, and just over 100 agreed. Every single one that could accept them also agreed to waive the landing fee in exchange for the flight’s support of the Air Ambulance Service. Arrangements were then followed up by email, amounting to around 1000 messages in total. Fiona then put together 19 different versions of the route in the pursuit of efficiency, using SkyDemon and RunwayHD to assist her. Another digital tool they found invaluable was Pilot Aware. The unbroken track it logged of time, position, speed and altitude formed a vital part of their evidence submitted to Guinness.

But paper and pen also played their role. Angus researched each airfield thoroughly in advance, carefully annotating plates. For each leg of the trip – typically about 20 airfields – he also created a spreadsheet to extract the key details, such as runway elevation and frequencies. Although quite a few airfields were on Safetycom, making things a lot easier.

The meticulous planning certainly paid off on the day. Guinness had agreed that more than 50 airfields would constitute a record, and they easily reached that number with time and weather to spare. Weather was not on their side all day though, with a front coming through faster than forecast. Their original plan had been to continue in the aim of breaking the 24-hour record if they could, but they have put that plan on hold until 2021. 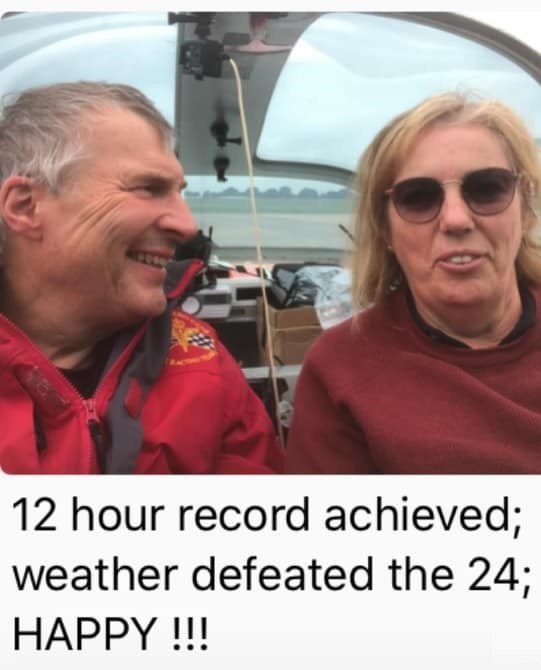 Perhaps surprisingly, the flying was not Fiona and Angus’ biggest challenge. They felt that trying to remember the hundreds of individuals and airfields that had supported them was more problematic. With airfield operators, two witnesses to each landing, and many donations flooding in, it was hard to remember who had contributed what to the attempt.

“The logistics and administration behind making sure we thanked every single person was tricky,” explains Angus. “We really appreciated everything people did and one of our biggest concerns was inadvertently offending someone when they had all been so wonderfully helpful!”

Other BWPA members also got involved with the flight, including Amy Chau, Allie Dunnington, Beverley Harrison and Claire Hatton, who all acted as witnesses.

“One of the reasons I joined the BWPA was to meet other women who do the same things as me,” explains Fiona. “In aviation, we are always very much a minority. It’s great to have the camaraderie and to build friendships with like-minded people.”

Fiona and Angus have currently raised over £2400 (with Gift Aid) for the Air Ambulance Service, including a touching donation of £71 for 71 airfields. Anyone wishing to support them can still donate via their fundraising page.