Time to dig out the aviators and ‘80s music… Today is Top Gun Day!

Talk to me Goose… and tell us all about Top Gun Day! This iconic film, and breakout role for Tom Cruise, turns 35 this year and is a staple in any pilot’s film collection. Of course many of us are huge fans, so to celebrate Top Gun Day, and the film’s 35th anniversary, let us take a look at the history of Top Gun, as well as the story behind Kelly McGillis’ Charlie, the female star and love interest for Tom Cruise’s Maverick. If you have yet to experience Top Gun, not to worry! No spoilers here…

Top Gun was released in cinemas on 16 May 1986, not 13 May… so why this day? Well, a little background reading tells us that essentially it was because somebody made a mistake on the graphics. Nevertheless, Top Gun Day has been celebrated around the world since 13 May 2009 and has become an internet phenomenon, with fans finding any excuse to dig out their best Maverick looks and Top Gun quotes.

What is the real Top Gun?

The film was based on the United States Navy Fighter Weapons School, founded in 1969, which nowadays is known as the United States Navy Strike Fighter Tactics Instructor program, or more popularly known as — you guessed it — TOPGUN. The film ultimately became the highest grossing of 1986 and catapulted Tom Cruise into Hollywood stardom. For those wanting to take their fandom to the next level, many of the film’s locations can be found in San Diego, California. You can even go for a burger in the bar where the ‘Great Balls of Fire’ scene was filmed. Goodness gracious! 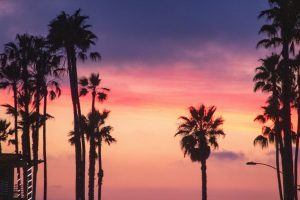 Who was the real Charlie?

Played by Kelly McGillis in the film, Maverick and Goose’s astrophysicist instructor was based on a real-life mathematician called Christine Fox, a flight instructor who the film producers met whilst doing research in California. From the moment we meet Charlie in the bar, she is shown to be a strong-willed, intelligent, and no-nonsense woman. Dealing with Maverick’s advances with such flare, you cannot help but adore and respect Charlie, particularly as a woman in a man’s world. Considering the film’s age, it would have been an obvious choice for film makers to portray Charlie as simply the beautiful blonde damsel stereotype, which although less common in cinema of the 21st century, would have fitted the theme of cinema at the time. However, the then head of Paramount Pictures insisted that the character was not the typical ‘bimbo’ of ‘80s era Hollywood, and instead an intelligent and real woman. Thankfully, through combined efforts, the idea was approved, and Charlie quickly became an icon and inspiration for young girls interested in the science, technology, engineering and mathematics fields.

The year that the film was released, the US Navy reported a 500% increase in applications, as a result of the film’s cool reputation and fighter jet scenes. They even had recruitment booths set up in cinema lobbies. 35 years later, the Top Gun effect is just as influential. Thanks to the action-packed flight sequences and confident charm of the film’s leads, Top Gun continues to inspire generations of pilots and aviation enthusiasts worldwide.

For further reading around Top Gun Day and its origins, visit the official website. Also, remember to save the date – 20 July 2021 will see the long-awaited sequel hit cinemas, and although Charlie will not feature, we cannot wait to see Maverick back in action, writing cheques his body cannot cash… and until then, you have our full permission on this Top Gun Day to wear aviators, play volleyball, and to quote Top Gun all day long.

Do you want to be the next Charlie, Goose or Maverick? We would love to meet you! Find out more about the BWPA, what we do, and our upcoming events. Of course, we will be your wingman anytime… 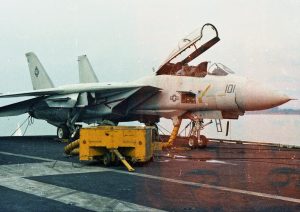