Throughout her life, Oriana Pepper displayed courage and determination in everything she did. She was born seven weeks premature and spent five weeks in a special care baby unit, together with her twin brother, Oscar. Right from the start, she showed the drive and passion that was evident to all who met her.

Oriana had a passion for flying from her early teens. At around 13 years old, she decided she wanted to become a commercial pilot, and set about gaining the necessary skills and qualifications.

At school, Oriana studied hard and there was healthy academic competition with her brother. She made the tough decision not to go to university, even after being offered a place at the University of Exeter to read geography, but to instead pursue her dream of being a pilot. Oriana also enjoyed sport, including swimming and cross country running.

Oriana may have appeared shy, but when people got to know her, they realised she was just taking everything in. She had a great sense of humour and, frustratingly, often wanted the last word.

After completing her A-levels, Oriana applied to CAE and gained a place on the Generation easyJet Pilot Training Programme. In May 2019, she started ground school at Oxford Airport and went on to pass her written exams first time, achieving a high mark in all. She was already well on the way to achieving her goal of becoming a Captain by the time she was 30. 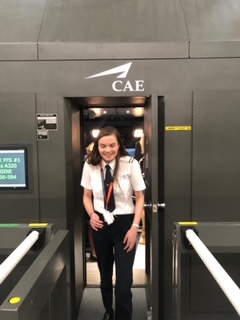 In January 2019, Oriana travelled to Phoenix, Arizona, to undertake the flying component of her CPL training. It was clear to her parents that she was living her dream. After an enforced return to the UK, due to the COVID-19 pandemic, she returned to the USA and passed her CPL Skill Test. As a pilot, Oriana loved structure, check lists, standard operating procedures and attention to detail. 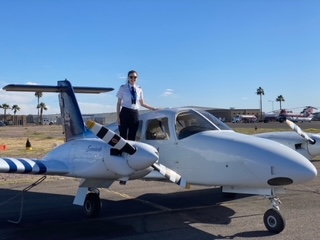 Oriana travelled to Antwerp, Belgium, in May 2021 to start her Instrument Rating; the last training required to work as a commercial pilot. Sadly, in July 2021, Oriana was taken ill and, after a very short illness, she passed away with her parents by her bedside.

Following Oriana’s passing, her parents wanted to do something positive in Oriana’s name as she was such an inspirational young woman. This is how the BWPA Oriana Pepper Scholarship came to be.