Across continents with Betty the Beech

This story is adapted from an article first published in the BWPA Autumn 2017 newsletter. Allie spoke about her adventures in a talk to BWPA members in May 2020 – the second part of her talk is coming soon!

In the 13 years since I married crazy balloonist Phil Dunnington, I have flown balloons in 85 countries including Fiji, Ghana, Albania, Laos and a few more! However, I am only fourth in rank of countries flown, still behind Phil. Our dilemma is always time and the fact that most countries left are inaccessible by road or even boat. The clever man therefore came up with the dream of acquiring a Beech 18 – the perfect size to carry a lightweight balloon. Then fate struck: during an air-show, he fell in love! Not with me again, I hasten to say, but with ‘Betty’!

Built for the Royal Canadian Air Force in 1952, this Beech was for sale and with Phil’s mum’s legacy, we decided to go for the big adventure. But the dream turned into a nightmare! It took three years, headaches and a seriously drained bank account to have a serviceable aeroplane with the right pilot (South African John Herbert) for this crazy plan!

As the whole project was Bristol-focused, departure from Bristol International Airport was natural. Our new Cameron 0-56 – a specially-designed ultra-lightweight balloon – was loaded aboard and, with media in attendance, the world’s first balloon and aeroplane adventure was finally on its way! At Wick, we joined a home-built Van’s RV-8 flown by Mark Albery and Rogier Westerhuis, and a Piper Saratoga piloted by Sam Rutherford our expedition leader, together with Vintage Air Rally’s photographer Jeremy Martin, film-maker Timothy (Tim) Allen and journalist Paula Froehlich from New York. After a safety briefing about ditching in the icy sea, we started our journey to Iceland.

As Phil had already flown in Iceland, the pressure was on me to fly our new balloon! Phil reckons I must be the first female balloon pilot to fly in Iceland; only three other people including him having flown there before. Country number 84 safely completed! 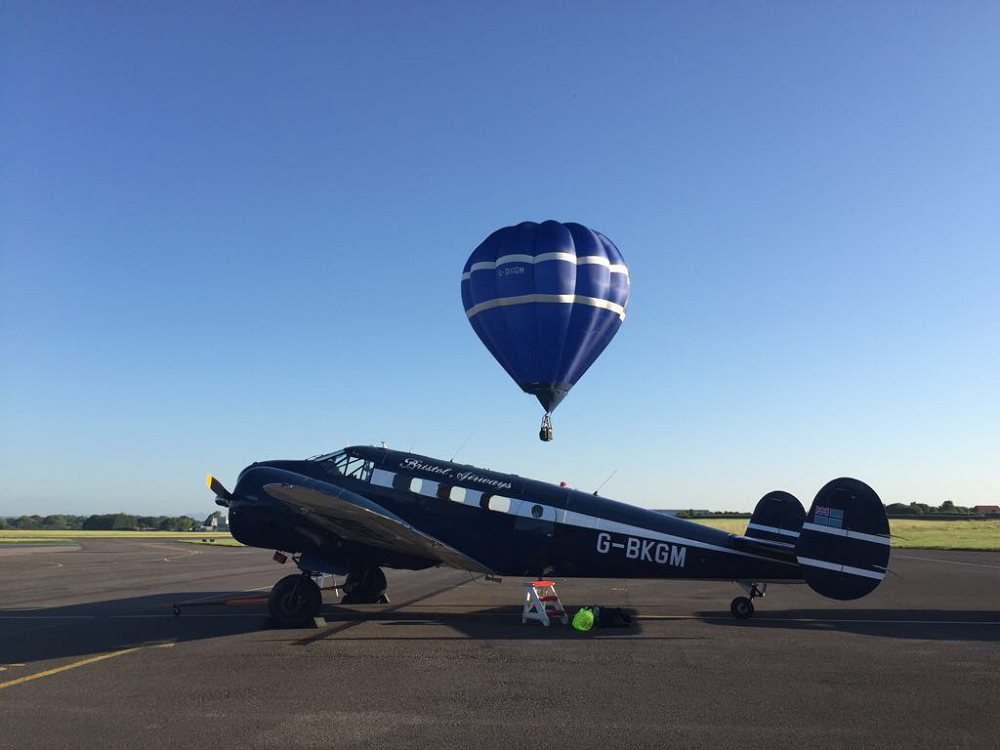 We were soon back to our aeroplanes and ready to cross Iceland for Isafjordur. We flew in close formation to Isafjordur with a scary landing on a very tight runway – I thought at one stage we would crash!

The next morning was grey and at FL75 we started picking up ice. A dirty dive to 1250 ft sorted that out before a CAVOK arrival into Kulusuk’s gravel strip. What a relief to be safely on the ground again. This is icy Greenland – even in midsummer!

The airport at Kulusuk had replaced a wartime strip at Ikateq, known then as Bluie East Two, and we were keen to be the first fixed-wing visitors for nearly seventy years. Kulusuk to Narsarsuaq promised stunning views of the Greenland ice sheet and its adjacent coastal mountains.

Narsarsuaq was our second balloon opportunity, with Phil and myself making what we believe to be the first ever free-flight by balloon in Greenland.

After initial climb-out the ride was pretty good and we set course for Nuuk (formerly Godthab), capital of Greenland. Pilot/controller Tom and his visiting German seaplane examiner made us very welcome and we partied into the ‘night’ (which of course was actually daylight at that latitude).

Heading for Canada, we finally felt the continental transition was ‘for real’. The sole RCMP lady at ‘Qik’ (Qikiqtarjuaq to be correct, if unpronounceable!) welcomed us to Canada “as long as you’re not bringing any alcohol with you” (as if!). The locals were queuing for free-issue seal meat – not for the squeamish. 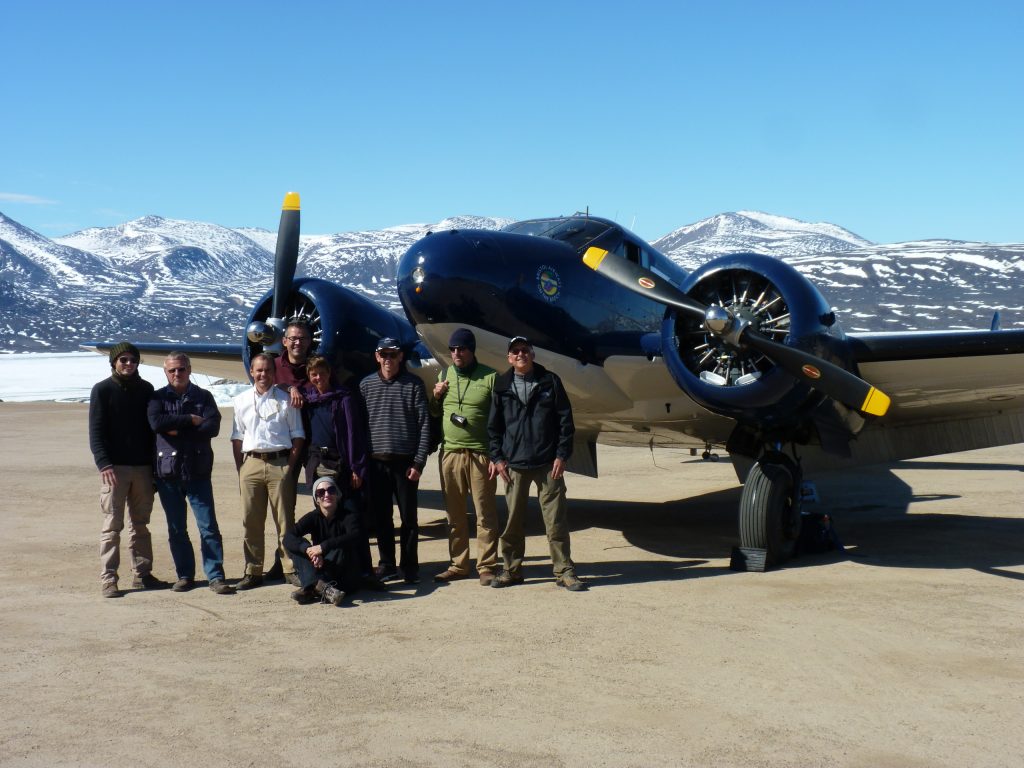 The departure towards Iqaluit (capital of Nunavut, Canada’s far north) routed past Mount Thor, allegedly the tallest sheer vertical rock face in the world at 4100 ft. When we reached Iqaluit’s sophisticated airport we found our hotel booking had evaporated because the Prince of Wales was flying in next day (and we needed to be ‘out-of-there’ before HRH’s aircraft blocked our progress.) From Iqaluit the flight was straightforward and, after a night at a curious bed and breakfast run by energetic 70-year-old Clara in Schefferville, we arrived at our finishing point, Sorel Airport east of Montreal.

I was keen to get country 85 in my logbook so, despite low cloud, I took to the skies with Tim.

Having parted with our RV friends in Schefferville, we waved farewell to Sam, Paula, Tim and Jeremy. We carried on towards Edenvale, a private airport north of Toronto, where G-BKGM now shares a hangar with one of the few Avro Lancaster bombers still remaining.

John rushed to a training course in Seattle whilst we hired a car and shuffled our balloon inside. Phil suggested going to Post Mills in Vermont, home of his ballooning colleague Brian Boland. Brian is certainly a character, whose ‘flying area’ is ONE huge forest. “Never mind, sometimes you just drop into the trees,” Brian commented on my worries. A flight over endless forest and into the setting sun definitely pumped adrenalin back into my veins! I did two more flights, zooming along at 20 kt, at only 700 ft. Saying goodbye to our balloon, which found a space in Brian’s museum, we headed for our real holiday in Cape Cod! 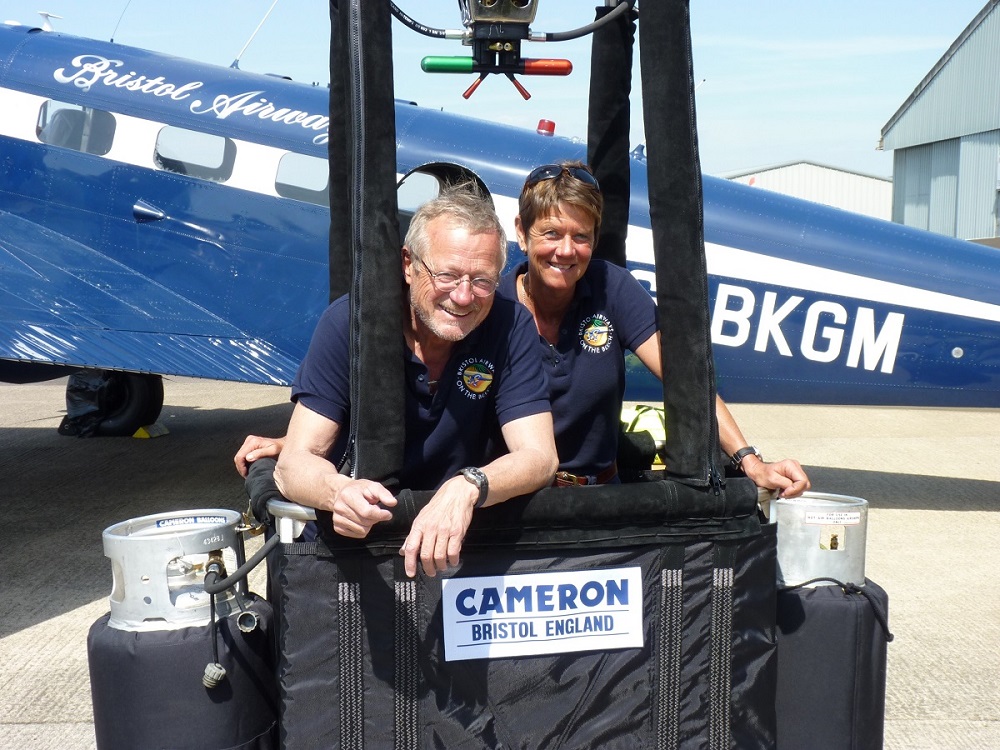